With her ratings hitting an all-time low, it’s obvious “Leah fatigue” has set in. Viewers are clearly tired of Leah Remini’s weekly hate-filled rants on her A&E reality TV show.

It’s bad enough that week after week A&E dishonestly labels old Remini episodes as “new” because they add a few seconds of footage. But that deception pales in comparison to their latest gimmick for ratings: blatant fraud.

Remini and co-host/chauffer/wife-beater Mike Rinder are now manufacturing a fresh myth that a woman is leaving the Church because of Remini’s show. What Remini and A&E won’t reveal is that Ramina Nunnelee was kicked out of the Church before Remini’s series even debuted in 2016.

What Remini and A&E won’t reveal is that Ramina Nunnelee was kicked out of the Church before Remini’s series even debuted in 2016.

The fraud centers on Remini friend Chantal Dodson, who on a previous episode used Remini’s cameras to blame the Church for every poor decision she has made in life, even though she hasn’t been a member in nearly three decades. Dodson claimed her parents “are still active Scientologists and I don't think either one of them really understands what we've been through.”

But Dodson, Remini and A&E know her statement is a lie because her parents are not active members. Dodson is further lying when she claimed in Remini’s show that “I knew that there was a risk doing this interview, that my parents would disconnect from me because they are still active Scientologists.”

Taking the lie a step further, Remini and A&E are now claiming that Dodson’s mother, Ramina Nunnelee, chose to leave the Church after watching Remini’s show. Only problem is that she was kicked out in 2016 before the show even began shooting.

In other words, the entire story is invented and staged for the cameras, with Remini patting herself on the back by lying in claiming, “You are the first person who was willing to take a stand from watching the show.”

In other words, the entire story is invented and staged for the cameras, with Remini patting herself on the back by lying in claiming, “You are the first person who was willing to take a stand from watching the show.”

The real story about Ramina Nunnelee is that she and her husband were removed from the Church’s religious order more than a decade ago. Nunnelee couldn’t hack it in Church market research. She lied continually and made constant errors. i.e., typed in wrong words on labels, made egregious typos and caused financial waste due to her incomplete research and general incompetence, resulting in her demotion to dishwasher and pot washer before being kicked out for good. She tried to remain a member of the Church, but was unable to uphold high ethical standards expected of parishioners.

To pretend Nunnelee coming on Remini’s show is anything more than another loser saying anything Leah coaches them to say for 15 minutes of fame, and hoped-for cash on a GoFundMe page or in-kind payments, is a joke.

That Remini and A&E would cook up such a big lie is hardly surprising. Vetting lies and sources has never been a priority for Remini’s enablers at A&E such as Nancy Dubuc and the network’s attorneys. In fact, Remini brags that she never vets her discredited sources, and that A&E’s attorneys are happy to look the other way.

Remini brags that she never vets her discredited sources, and that A&E’s attorneys are happy to look the other way.

Nunnelee is the latest charade pulled by Remini and her wife-beater co-host Rinder to pretend to their viewers that they are doing something when the show is failing, as evidenced by their ratings plunge. They are even more desperate because their gravy train—along with the gravy train of their sources seeking to make a buck by going on the show—seems to be in danger.

And as if it were not cringing enough watching Leah Remini’s parade of unvetted sources week after week in Season Two, now Leah and her enablers at A&E led by Nancy Dubuc gather some of their unvetted alumni from Season One. They range from admitted wife-beater Mike Rinder to the chronically angry Aaron Smith-Levin and, of course, the pathological lying thief Marc Headley.

A&E and parent Walt Disney Co. inexplicably keep Mike Rinder on the air as Remini’s co-host even though he beat his ex-wife so savagely that she must now endure a lifetime of pain and permanent damage, according to her surgeon. Rinder’s job in the aftermath of the aftermath will always be selling hate. Since he will never find a decent steady job other than as Leah Remini’s chauffer, he can only resort to monetizing his bigotry to avoid returning to his previous jobs of selling used cars and sleazy telemarketing.

A&E and parent Walt Disney Co. inexplicably keep Mike Rinder on the air as Remini’s co-host even though he beat his ex-wife so savagely that she must now endure a lifetime of pain and permanent damage, according to her surgeon.

This is the same Rinder who is such a tainted source that he once admitted under oath to being paid $175 an hour by plaintiffs’ attorneys to assist them in filing frivolous and harassing lawsuits against the Church. As Remini’s sidekick, Rinder pretends to be a sanctimonious pontificator about good family relationships, estrangement and disconnection when he’s the ultimate disconnector. Rinder’s most laughable statement is his sanctimonious claim before A&E’s cameras that families are “all I do this show for” when the real—and only—reason he does the show is for money. By his own choice Rinder blew up his own family to run off with a woman young enough to be his daughter. He deserted and betrayed his mother, his children, his brother and sister and has yet to apologize for a vicious attack on his former wife. The one true statement he has uttered is what a terrible father he was, but naturally he never takes personal responsibility because he always tries to blame his former religion. Here is what his own children say.

Marc Headley was kicked out of the Church for stealing equipment and selling it on eBay—for thousands of dollars.

Marc Headley was kicked out of the Church for stealing equipment and selling it on eBay—for thousands of dollars. After that happened, he and his wife Claire came up with another moneymaking scam by filing twin lawsuits against their former Church, seeking millions in damages. Filed to smear the Church in hopes of getting paid off, the scheme backfired when the lawsuit was tossed out of Court on lack of merit, with the Headleys having to pay the Church $42,000 in legal costs for filing the frivolous case. An appeals court also tossed the case, stating the Headleys “…repeatedly showed by word and deed that they enjoyed their work… performed it willingly… [and] were free to leave at any time.” Desperate for money, Headley published a hate-filled rant of fiction about his “experiences” in the Church and peddles false tales about the Church to the sleazy tabloids. He’s also a card-carrying member of the cyberterrorist group Anonymous.

After repeated reports of harassment and bullying, Smith-Levin was ousted from the Church.

After repeated reports of harassment and bullying, Smith-Levin was ousted from the Church and is now a bitter, vindictive and at times violent man who preaches religious intolerance. After he was kicked out of the religious order, Smith-Levin worked in research for a corporate intelligence firm from October 2009 to September 2013. In April 2015, the Wall Street Journal reported prosecutors in the Manhattan U.S. Attorney’s Office and New York field office of the FBI were investigating false statements made about Herbalife’s business model to regulators and others when Smith-Levin was working for a billionaire hedge fund manager who owned stock. “The criminal investigation into potential market manipulation is pursuing multiple lines of inquiry. One area of focus, however, is the work of a consultant, Aaron Smith-Levin, who helped with the March presentation, people familiar with the matter said.”

Smith-Levin also has a shameful history of violence, notably with his estranged brother who died in a car wreck. Smith-Levin tries to blame everyone else, and especially the Church, gushing tears without taking any responsibility for the fact that his relationship with his brother had especially deteriorated a year before his death. He’s also a hypocrite about his estrangement with his wife’s family, complaining to Remini’s cameras that “There’s no reason to believe that our kids will ever see their grandparents again.” Maybe that’s because he’s the one who with his wife, Heather, chose to disconnect from them. Smith-Levin even wrote to them making clear he’s the reason their kids don’t see their grandparents: “We will not be bringing the children over to see you. You will not be seeing the kids again.”

Mary Kahn: Mother who betrayed and abandoned two of her sons

Dishonesty and deception seem to be common threads running through Mary Kahn’s life.

Mary Kahn abandoned two of her sons. Now, just like everyone in Leah Remini’s show, she tries to blame the Church for her family being broken instead of taking personal responsibility for her actions. Kahn was preparing to leave her husband David because their marriage was unraveling when she turned on her son, Sammy. Sammy made it clear to his mother that he wanted no part of her bitterness and drama involved in her attacks on his religion. Sammy says he would have maintained a relationship with his parents if they had simply refrained from their harassment and antagonism, respecting his freedom to choose his own faith. It didn’t matter to Sammy that his parents are no longer Scientologists.

Where Sammy drew the line was at the bitter hate and hostility A&E was promoting, made worse by their agreeing to let the family be exploited by Remini in her reality TV show in which subjects have been compensated through cash, in-kind payments and the promotion of GoFundMe campaigns.

But where Sammy drew the line was at the bitter hate and hostility they are promoting, made worse by their agreeing to let the family be exploited by Remini in her reality TV show in which subjects have been compensated through cash, in-kind payments and the promotion of GoFundMe campaigns. “Obviously I don’t want to be part of any group, family or otherwise, that has opposition to what I want to do and my goals just because it’s not fun to be around for anyone,” Sammy said. To make matters worse, Sammy recently discovered his mother was never fully honest with him growing up. He found out that he had a half-brother from an early marriage of his mother’s. Mary Kahn kept her earlier marriage and the existence of Sammy’s sibling a secret from him. Dishonesty and deception seem to be common threads running through Mary Kahn’s life. 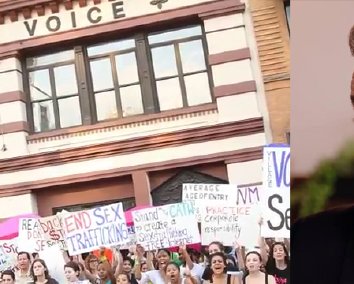 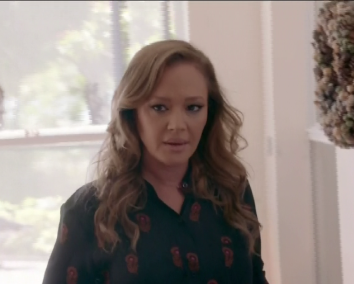 5 Things Leah Remini and Mary Kahn have in Common