Recycling the same embittered, unvetted former Scientologists from decades ago has become Leah Remini’s specialty with her reality TV show.

Now it’s Hana Whitfield, a retread from Alex Gibney’s propaganda who remains bitter and consumed with hate more than three decades after she was expelled from the Church. What viewers never heard about from Gibney—and won’t hear from a dishonest program like Remini’s—is her sordid tale of money making schemes as well as her darkest secret of conspiring to murder her father.

Whitfield’s real story is that more than 30 years ago she was one of the plaintiffs behind a failed coup attempt against the Church launched by a group that tried to enrich itself to the tune of $1 billion of parishioner money through an ill-fated lawsuit. Their case was dismissed six separate times, with a judge calling the bogus suit “devoid of facts” and the allegations “incomprehensible.” Whitfield and her co-plaintiffs were sanctioned for frivolous litigation. The final stake in the heart of Whitfield’s coup came in May 1990, courtesy of an appeals court.

Whitfield’s real story is that more than 30 years ago she was one of the plaintiffs behind a failed coup attempt against the Church launched by a group that tried to enrich itself to the tune of $1 billion of parishioner money through an ill-fated lawsuit.

With her moneymaking scheme in tatters, Whitfield channeled her frustration over her failed get-rich scheme by turning into a paid anti-Scientologist. That’s when she went to work as a “deprogrammer” for the Cult Awareness Network (CAN) hate group, a corrupt and violent group that funneled business to Whitfield and her husband Jerry, promoting them as “exit counselors” who could persuade and coerce individuals to leave their religion. Naturally, it would cost customers thousands of dollars to hire them.

One victim described how the Whitfields had duped his parents and other members of his family by charging them $5,000, claiming they should have him deprogrammed out of his religion at all costs. In a signed declaration, their son stated that the deprogramming attempt by the Whitfields had “placed a tremendous strain on my family relationship and my marriage.” A month after the failed attempt, his mother wrote to the Whitfields and told them she held them personally responsible for destroying her family and demanded they refund her money.

In February 1990, the Whitfields sent one of their deprogramming victims into the Church to commit a crime by stealing documents. He provided them with a five-inch stack of internal Church documents that the Whitfields were hoping would have some use in their attacks on the Church. The man later confessed to the theft in a signed declaration.

The character of Hana Whitfield was shown by the company she kept. She and her husband worked with violent CAN deprogrammers who had been involved in the kidnapping and forcible deprogramming of a Christian man held against his will for six days before he was released. The Whitfields also attempted a deprogramming with a man known for violent deprogrammings who had previously been charged with kidnapping and false imprisonment.

Whitfield and her husband worked with violent CAN deprogrammers who had been involved in the kidnapping and forcible deprogramming of a man held against his will for six days before he was released.

The Church eventually exposed Whitfield’s employer for the hypocrisy in its leadership and their criminal records. CAN folded, declaring bankruptcy in the face of a $4.8 million judgment in a civil case filed by one of its deprogramming victims. With the demise of CAN, Whitfield was out of a job, leaving her further embittered toward the Church that had rightfully booted her out years earlier.

Whitfield has since blamed her “shattered mental state” on Scientology, and has acknowledged using psychiatric drugs like Prozac for depression and suicidal thoughts. But the facts show her shattered mental state no doubt began as a child when her father molested his children.

The sordid behavior of her father, Karel Alois Strnad, became known as part of Whitfield’s darkest secret—her involvement at age 23 in a family plot to kill him. The slaying took place in Port Elizabeth, South Africa, in 1964 when her father, then a director and technical expert for a large footwear manufacturing firm, was clubbed and stabbed to death. Whitfield’s brother was found guilty and imprisoned. Hana changed her name and fled the country.

A handwritten statement from her former husband in 1986 revealed that she was an accomplice.

Newspaper reports at the time placed Hana Whitfield several hundred miles away the night of the murder. However, a handwritten statement from her former husband in 1986 revealed that she was an accomplice. He wrote:

“My ex-wife Hana informed me once during the period we were married that, prior to the time when her brother had stabbed her father to death, she had been party to a plot originated by her mother to kill him (the father) herself. “It was moderately involved, with Hana arranging for them to be alone in a hotel room remote from their usual haunts…with some aspect of the arrangements being such that after he (the father) was slain it would not be obvious that she’d been there with him (she could leave, with him dead, and probably not be discovered).”

The reason that Remini won’t reveal the real Hana Whitfield story is that her show is a fraud. And the simple question Remini won’t ask because she’s a bigoted hypocrite is this: If Scientology was responsible for shattering Whitfield’s mental state as she claims, why did she join a group whose stated goal was to take over the religion and return to it?

In 1994, when Whitfield was at the peak of her “deprogramming” activity, Remini’s co-host Mike Rinder wrote a declaration under penalty of perjury describing the anti-Scientologists she was part of (and that he has since joined). What he wrote then perfectly describes Rinder today, Remini and the parade of guests like Whitfield they trot out each week for her reality TV show:

“These people have gathered around them a few others who are bitter and harbor an unabiding resentment of Scientology and what it stands for and for their own failures in the Church. They view the Church as their ‘lottery ticket’ and pursue their jackpot with lies and threats at the expense of the millions of happy and satisfied members who support the Church with their time and donations. The Aznarans and Youngs are joined in that pursuit by the likes of Hana Whitfield, Andre and Mary Tabayoyon, Larry Wollersheim, Steve Fishman and Gerry Armstrong. Though they either do not know David Miscavige, or had some remote contact with him many years ago, they are willing to make vindictive allegations, not based on personal knowledge or the truth, and defame him personally and as the leader of the religion. The tactic is as transparent as it is unconscionable—spread venom in the hope that the victims of the hate campaign will eventually be forced to buy their silence so the Church can get on with its real purpose of expanding the Scientology religion and helping more people.”

Joining Whitfield on Remini’s show is Russell Miller. Once again, Remini must go back three decades to enlist a source.

The book is nothing more than a collection of the usual twisted, misleading and blatantly false allegations about Mr. Hubbard and his accomplishments spread by apostates, including relying on the dishonest Jon Atack as a source. Atack’s own book attempting to make money off Mr. Hubbard spawned litigation, resulting in judicial orders calling into doubt his credibility. In one order, the court described him as a “devious” and “unsavory” litigant. In another case, a U.K. judge awarded £115,000 to an individual harmed by lies in Atack’s book and ordered that the book not be reprinted unless the offending passage was removed.

Miller relied on Jon Atack, whose own book attempting to make money off Mr. Hubbard spawned litigation, resulting in judicial orders calling into doubt his credibility. In one order, the court described him as a “devious” and “unsavory” litigant.

Relying on the same flawed research, Miller recites the stale litany of salacious lies in what clearly is a failed author showing he’s jealous of a successful one. They range from falsehoods about Mr. Hubbard’s travels to spreading the myth that he once stated, “If a man really wanted to make a million dollars, the best way to do it would be start his own religion.”

Actually, the quote is from author George Orwell and has falsely been attributed to Mr. Hubbard for decades thanks to such dishonest writers as Miller. In fact, the Church has even won decisions in Dusseldorf and in Munich against others who falsely attributed the quote to Mr. Hubbard. The publishers were enjoined from any further publication of the falsehood.

Miller couldn’t even do basic research. As but one example, in the very first chapter of his book Miller made the absurd claim that Mr. Hubbard said he grew up on “his wealthy grandfather’s enormous cattle ranch in Montana, said to cover a quarter of the state (approximately 35,000 square miles).” Mr. Hubbard never made this claim. The truth is that his grandfather owned what was called “a quarter ranch” in Montana, referring to a parcel of land of approximately 160 acres. In other words, Miller was off by more than 22 million acres.

Unable to muster any serious research of his own, Miller littered his text with dozens of misappropriated copyright-protected passages from L. Ron Hubbard’s unpublished writings. Miller’s U.S. publisher dropped the book from sale in the United States following a judicial decision by a Federal appellate court that the publisher of Mr. Hubbard’s literary works would effectively be entitled to collect monetary damages from the sales of any further copies of the book. Miller’s book has since been relegated to the bowels of libraries. On occasion, he surfaces when he is dusted off to spread hate, which is exactly Leah Remini’s specialty. 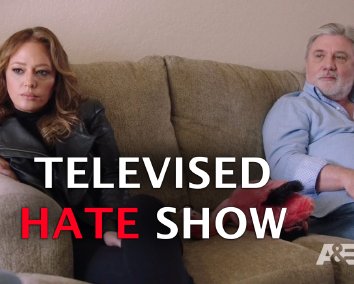 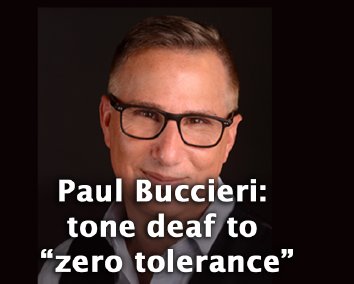 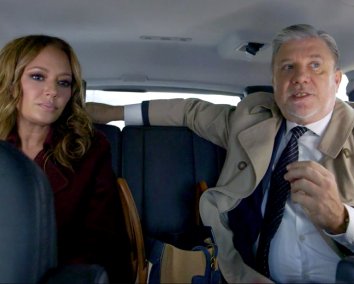