Here’s what Remini has in common with Team Leah’s Amy Scobee, kicked out of the Church more than a decade ago for chronic lying and her refusal to control her sexual urges.

They both bust up marriages.

Leah Remini broke up the marriage of Angelo and Raquel Pagan by having an affair with Angelo. Raquel told the Star that “Leah didn’t care about destroying a family,” and in a declaration filed by Raquel in the divorce case, she says that “Leah Remini was not allowing me to have any contact with Alex, my

Amy Scobee engaged in multiple instances of extramarital affairs and sexual misconduct while with the Church, the last one with a man she was supposed to be counseling as a minister. That would have resulted in her being expelled from any religion, as it did from the Church of Scientology.

Those who worked with them say they treat people like dirt.

Remini is notorious in Hollywood for her temper and anger. She was fired from The Talk, but not before she embarrassed CBS with a public blowup with Sharon Osbourne. As Osbourne said at the time, “my only wish is that Leah would just stop all this negative, unprofessional and childish behavior…it’s time to move on.”

“My only wish is that Leah would just stop all this negative, unprofessional and childish behavior… it’s time to move on.”—Sharon Osbourne

Scobee also treated those she worked with like dirt, covering up her own incompetence by throwing fits and blaming others to shift responsibility from her. Said a colleague who worked with Scobee: “Amy was demeaning to them [co-workers] and it was actually abusive. There were times when I saw her really bullying people, like thrashing them. Amy actually thrashed people and would get up close to their face and scream at them, not just yell, screaming.”

To get publicity and to harass the leader of the religion, Leah Remini filed a “missing persons” report that the Los Angeles Police Department swiftly debunked. As reporters quoted LAPD Detective Gus Villanueva, the report was “unfounded.”

Scobee was Remini’s cheerleader during the fiasco, applauding the waste of precious public safety resources on the bogus report as “fantastic.”

Both are consumed by hate.

Since being expelled, Remini has been obsessed with spreading hate about the Church. As USA Today wrote, Ms. Remini is “as famous for being an ex-Scientologist as she is as an actress.” Or as one of her former associates summed it up: “Hate is hate. Leah is a hater.”

“Hate is hate. Leah is a hater.”—Former associate of Leah Remini

Likewise, Scobee has been obsessively posting hate speech against the Church for more than a decade and spreading myths to the tabloid press as a go-to source. After she was kicked out of the Church for immoral behavior, Scobee began posting under the phony name of “Mr. Peacock,” spewing vicious hate about the religion that expelled her for having an affair with a man she was supposed to be ministering to.

Both exploit their former religion for cash.

Since her primetime hit The King of Queens left the air, Remini has hopscotched through a series of gigs trying to land something solid, including her brief stint on The Talk that exploded in anger; a canceled reality TV show featuring her family that drew minuscule ratings; a guest spot on a streaming TV movie; and now a tabloid book full of falsities and a hate-filled show for a cable network that profits from bigotry—cementing Remini’s transition from successful actress to bitter, obsessed former Scientologist full of hate.

Scobee is also in it for the money, peddling her book and feeding stories to the tabloids. She also has a checkered work history. She was removed five times from various positions in just four years while with the Church, continually demoted to lower positions and put on work-study programs in an effort to give her a chance to reform. Since leaving the Church, she has drifted from job to job, refinishing furniture and reselling refrigerators on the Internet, while lurking online spreading hate and trying to make a buck and a perk selling lies to the media. 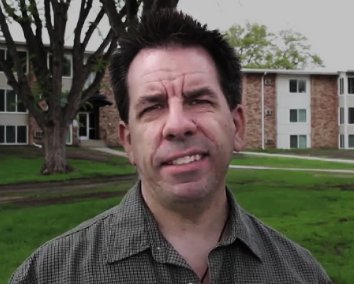 Chris Shelton: Leah Remini’s “Expert” is Just a Deadbeat Dad With a History of Lying