Just as A&E CEO Nancy Dubuc tried to distance herself from secret payments made to a KKK white supremacist group starring in her ill-fated reality show, she and her network are sweeping another hate-filled embarrassment under the rug. This one involves sitcom actress Leah Remini, excommunicated-Scientologist Mike Rinder and their reality show spreading incendiary hate and violence.

Public records reveal that A&E’s Slauson Productions aggressively sought to recruit for a hateful KKK-like “town hall,” the notoriously bigoted pastor Willy Rice of the Calvary Baptist Church in Florida. Remini and Rinder’s buddy Rice is known for strident homophobic comments as well as disparaging religions other than his own, notably Islam and Scientology. All of it was to have been filmed for an episode of Remini’s A&E reality TV show and would have come in the wake of a number of recent violent and bigoted hate rallies, most recently the tragedy in Charlottesville, Virginia.

Remini and Rinder’s favorite pastor unapologetically disparages gays and Hollywood. In one tirade titled “A Biblical Response to Homosexuality,” Rice complains that Hollywood has too many positive gay role models in TV shows, that anti-gay characters would be portrayed as “buffoons” and that homosexuality “destroys people’s lives.” Rice further claims that homosexuality is “emotionally destructive” “physiologically destructive” “is harmful for our culture, our children” and is “jumping into a raging river that takes you over a waterfall.”

Remini and Rinder’s gay-bashing friend also has tweeted his opposition to same-sex marriage, and even mocked it, retweeting a message from his wife asking if President Trump should use a gay baker for his inauguration, sarcastically referring to an upcoming Supreme Court case.

Remini and Rinder’s gay-bashing friend also has tweeted his opposition to same-sex marriage, and even mocked it.

Remini and Rinder’s guy Rice has written that Islam is a “messed up religion.” He’s tweeted that “the answer to Islam” is Jesus Christ.

Rice also presided over a shameful episode in 2015 in which current U.S. Housing and Urban Development Secretary Dr. Ben Carson was disinvited by a Southern Baptist group Rice led, allegedly because Dr. Carson is a Seventh Day Adventist. Tellingly, the Christian Examiner called out Rice’s hypocrisy, noting that he had once posted on Facebook during Easter a professed unity message “calling people of every faith, in essence ‘All God's children.’ "

Remini and Rinder’s guy Rice has written that Islam is a “messed up religion.”

Rice also regularly makes hate-filled statements and tweets hate about Scientologists, once issuing an ominous, violent warning that, “Someone has to pick up a rock and a slingshot and trust God with the results.” That is why Leah Remini and Mike Rinder love their bigoted friend whose beliefs happen to mirror many of those held by the white supremacist groups whose rallies are triggering violence. Rice is only too glad to foward Remini and Rinder’s agenda of inciting hate and violence toward Scientologists—500 such threats have been leveled at Church leadership, parishioners and their children since Remini’s A&E show began airing.

A&E’s “town hall” fiasco happened when Rice proclaimed that he would host Remini and his pal Rinder at his church at their request for an episode of their show. Rinder is a good friend of Rice who has spoken at Rice’s church and has been referred to by Rice as “my buddy.” In turn, Rinder refers to the pastor who denigrates gays and religions other than his as a “treasure in the community” and “the best of Christianity.”

The event was mysteriously canceled later in the week, with Remini and Rinder shill Tony Ortega writing that “Rice’s ‘premature’ announcement created chaos for the network.” A&E Senior VP Dan Silberman was then caught in a lie when he insisted to the Tampa Bay Times that the network never arranged for such a town hall with Rice, and only discussed filming private interviews at the church.

But e-mail records show that Matt Harper, a Remini producer of Slauson Productions, contacted the Florida Office of Film and Entertainment on July 12 about Slauson’s plans to film the “town hall type meeting.” In addition, Rice’s brother, David, told the Times that, in fact, “A&E producers initiated the dialogue and requested the forum.”

Rinder later said the forum was cancelled over his and Leah’s objections and that there was nothing they could do about it.

Slauson Productions, A&E and Nancy Dubuc are so blinded by bigotry and a desire for cash that they actually stooped so low as to allow hate-filled Remini and Rinder to aggressively court a relationship with someone like Rice, an incendiary bigot who uses his pulpit to disparage other religions and groups he doesn’t like.

Slauson Productions, A&E and Nancy Dubuc are so blinded by bigotry and a desire for cash that they actually stooped so low as to allow hate-filled Remini and Rinder to aggressively court a relationship with someone like Rice, an incendiary bigot who uses his pulpit to disparage other religions and groups he doesn’t like.

Rice’s long history of disparaging comments about religions other than his own as well as his unapologetic disparagement of gays is grossly out of sync with an America that values tolerance and acceptance, not to mention the progressive Hollywood inhabited by A&E co-owners Walt Disney Co. and Hearst Media.

At what point do A&E and Nancy Dubuc say ENOUGH?! 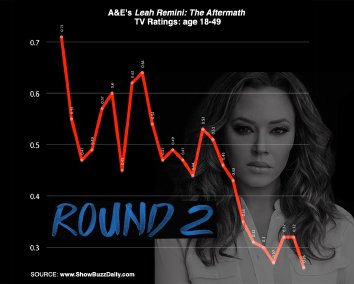 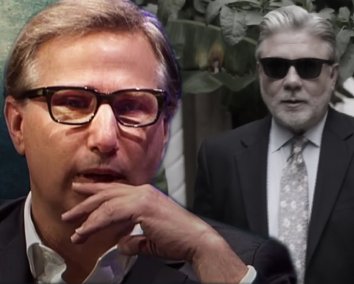